With Chicago bus tours available for practically all of the city’s many splendors (architecture, history, films, music and even pizza), it only makes sense that this form of mobile attraction would be provided for one of the city’s fastest-growing markets…craft beer. Credit Kevin Salvi with the idea, who experienced a “Eureka-like” moment while on his way to Revolution Brewing on what else…a bus.

Along with co-owner Chris Ivy, Salvi quickly turned his vision into a reality in mid-2011, acquiring two mini-buses from Craigslist and eBay, establishing relationships with a handful of local breweries, and setting up route schedules for Saturday and Sunday tours.

Having ridden on the Chicago Brew Bus on a recent Saturday afternoon, I can attest that there is no other bus tour quite like it. Beginning at Goose Island’s Clybourn location, I was greeted by the smiling, energetic Salvi, who had already carved out a section of the brewpub for our group of 20 or so bus riders. After 45 minutes of getting to know each other, we proceeded to our other stops along the tour – Wicker Park’s Moonshine and Haymarket in the West Loop. With 4-6 samples at each brewery, Salvi does a stellar job in choosing the beers to taste, giving groups a true spectrum of samplings from each brewer.

Any bus can shuffle people around to different breweries, but what truly sets the Chicago Brew Bus apart from its competitors are the owners’ passion for sharing Chicago’s craft beer scene with residents and tourists alike, and the overall experience. On the bus between tour stops, Salvi entertained us with historical tales relating to beer and Chicago, riders took turns DJing the music, and groups of all kinds (an out-of-town bachelor party, couples on dates and random troops of girls and guys) mingled and danced together thanks to the bus’ open seating arrangement. To keep the good times rolling between stops, Salvi has iced coolers on the bus for anyone who purchases beer along the way and even allows riders to bring on their own stocked coolers.

Salvi and Ivy are also taking the necessary steps to keep up with the burgeoning craft beer scene. In addition to their other existing tour, which makes stops at Haymarket, Atlas Brewing and Revolution, they are in discussions with a handful of other up-and-coming Chicago breweries, and even looking outside of Illinois for road trip bus tours. The bus can also be rented on an hourly basis (after tour hours) for suburban brewery/bar tours, pub crawls or anywhere your group has in mind.

The “Original” Chicago Brew Bus, which nails its experience with the slogan “We’ll drive you to drink,” is a must-do for any beer lover or casual beer drinker who wants to learn more about the city’s growing beer scene. 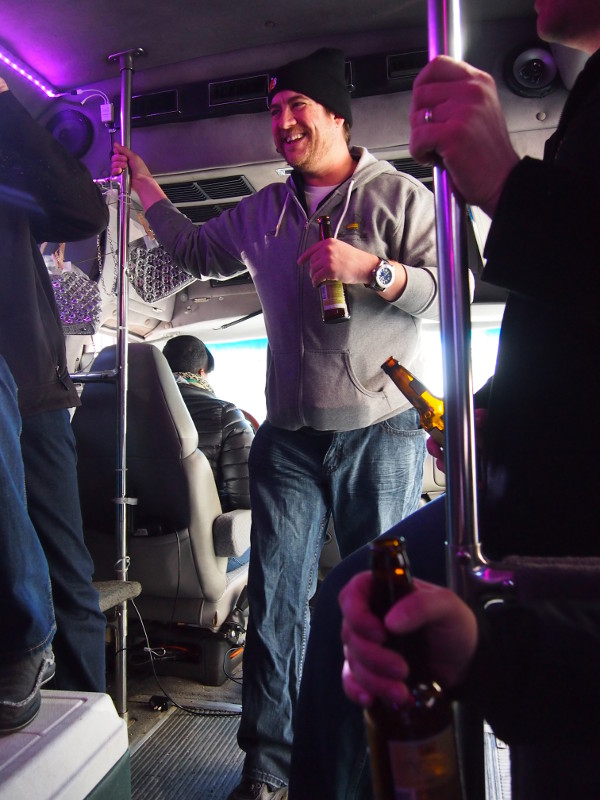 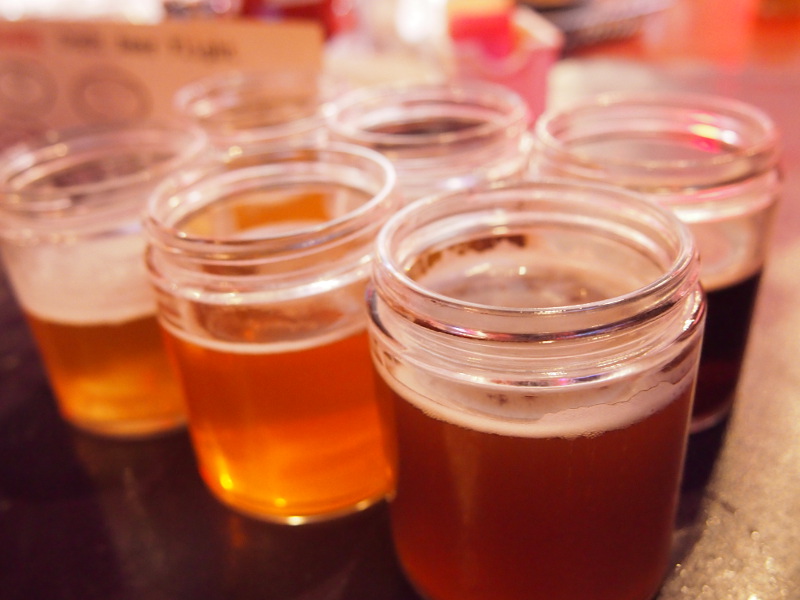 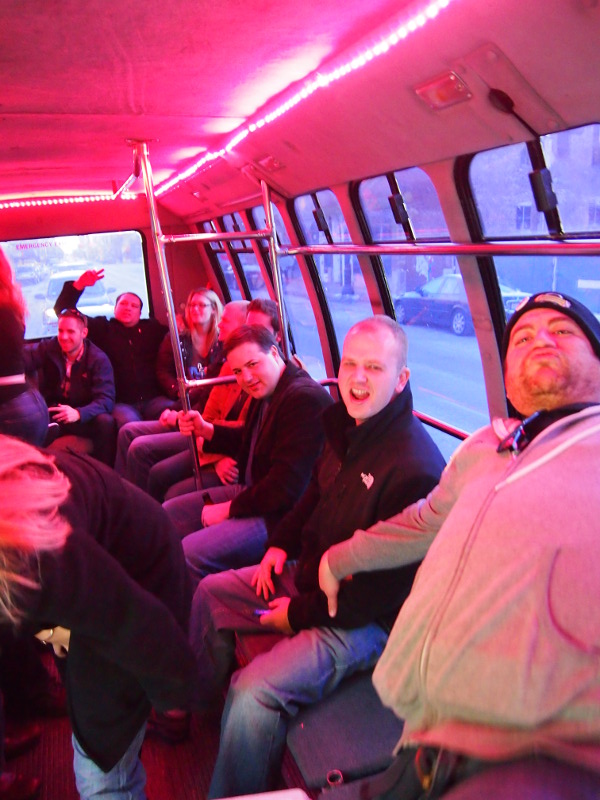 Crowley welcomes me to his barrel aging cellar 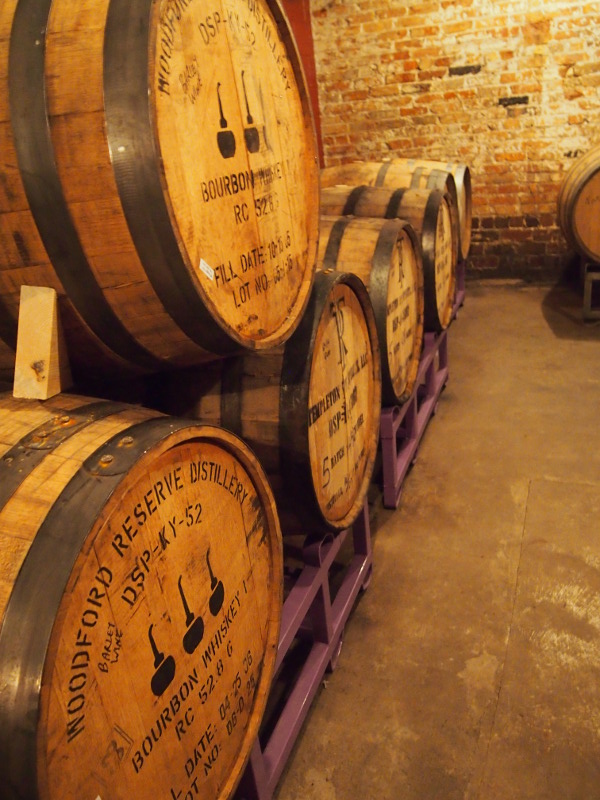 Aging for our future enjoyment @ Haymarket